IN a single programme, the Electric Cinema Club, Portobello Road, will this week show complete the classic of all classics—Parts I and 11 of IVAN THE TERRIBLE.

The full 187-minute epic, part-colour and with 46 subtitles, will be screened tomorrow (Friday) at 7.30 p.m., and at the same time on Saturday and Sunday.

The Soviet cinema never really escaped from the Twenties, or from the influence of German Expressionism, and it reached no higher peak than in Sergei Eisenstein’s work.

As one contemporary critic wrote: “The first instinct when the opening shots have established a world of such Byzantine extravagance or barbaric splendoour, of stone architecture and emotional mood expressing themselves in vaulting curve and creeping shadow, of life knowing only the extremes of despair and ecstasy. is to surrender to the mesmeric influence of a camera determined to magnify and not to belittle. That first instinct is right.”

THE BATTLESHIP POTEMKIN. Electric Cinema Club, Monday at 7 p.m.. Tuesday at 9 p.m., Wednesday at 7 p.m. and 11 p.m. Eisenstein’s revolutionary innovations in film technique, depending especially on a creative use of editing, created an enormous effect when POTEMKIN was first shown. In some countries the censor paid tribute to the film’s power by banning it. The 1925 movie presents a historical reconstruction of the part played by the sailors of “Potemkin” in the Russian revolt of 1905. The Odessa Steps sequence in particular has become world famous.

Plus EISENSTEIN (USSR 1959). This 45-minute film is a biography of the great director giving the official Russian view of his work and conflicts. Illustrated by extracts from his films, it also includes rare production shorts. 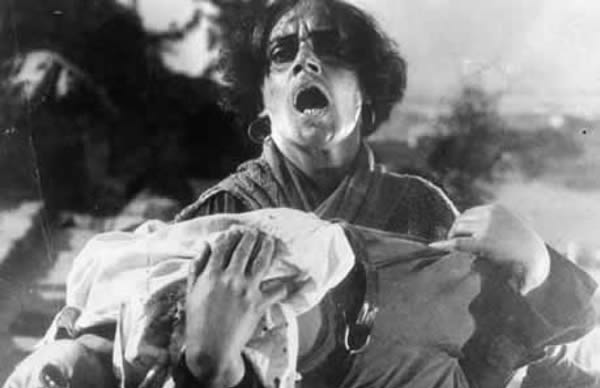