On December 18th 1970 manager Ben Barenholtz showed Alejandro Jodorowsky’s surrealist western ‘El Topo‘ at midnight. It was an instant, unexpected hit, running seven nights a week till the end of June 1971. Despite almost no publicity, word of mouth turned ‘El Topo’ into an overnight phenomenon.

The idea of midnight showings soon spread to other New York theatres, across the USA and around the world. By late 1971, five Manhattan theatres including the Elgin were screening movies at midnight. The others were St Mark’s, the Waverly, the Bijou Theatre and Olympia Cinema. The Elgin may not have been the first. In New York, Jonas Mekas ran midnight screenings at the Charles and the Bleeker Street theatres in the early Sixties. Mike Getz had been running Underground Cinema 12 from 1967. The Palace Theatre in San Francisco had been holding midnight shows for more than two years prior to the first ‘El Topo’ screening. But it was the commercial success of the film at the Elgin that created the national – and then international – midnight movie phenomenon. 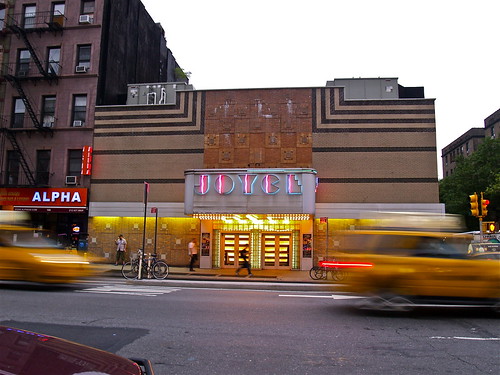