SIR: I haven’t been to the local cinema for nearly a year now. Why? Because they never have any decent films on these days worth paying 7s. for. All they put on is a lot of sexy rubbish. No wonder half the cinemas are empty!

Why do they never have anything on for the children when they’re on holiday from school? It’s all nudes and sex. I’d rather stay at home and watch the oldies on TV. Chelsea.

* Nigel Gamlen writes: Oh dear. Mr. S.A.F., you simply haven’t been looking around — and especially at the “POST” film pages.

No films for the children to see? Fantasia at the Classic Baker Street broke all records in its recent ten-week run.

All nudes and sex? Many pictures. it’s true, do go in for this boring old subject. But what about Funny Girl? – good. clean wholesome fun. And The Sound of Music is being revived again on the Classic circuit.

Monterey Pop at the Times (no nudes or sex here, but plenty of good-looking chicks, and some pretty fine music, too).

Granted there are some marvellous revivals on the telly — notably on World Cinema — but even in the “battle of the ratings” the jolly old BEEB plays safe by screening yet again Genevieve.

And you don’t have to pay 7s to see a value-for-money programme, you know. Last week at the Electric Cinema: The Leopard and remarkable Fantastic Voyage — a four-and-a-half hour programme for five bob. 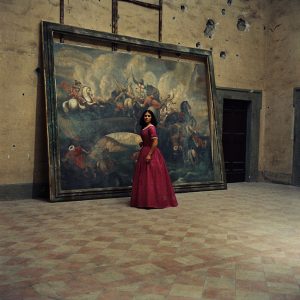