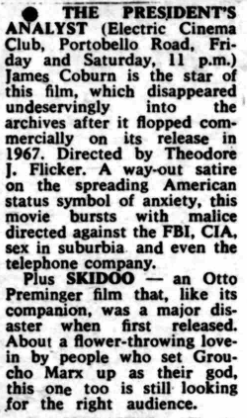 THE PRESIDENT’S ANALYST (Electric Cinema Club, Portobello Road, Friday and Saturday, 11 p.m.) James Coburn is the star of this film, which disappeared undeservingly into the archives after it flopped commercially on its release in 1967. Directed by Theodore J. Flicker. A way-out satire on the spreading American status symbol of anxiety, this movie bursts with malice directed against the FBI, CIA, sex in suburbia and even the telephone company.

Plus SKIDOO an Otto Preminger film that, like its companion, was a major disaster when first released. About a flower-throwing lovein by people who set Groucho Marx up as their god, this one too is still looking for the right audience. 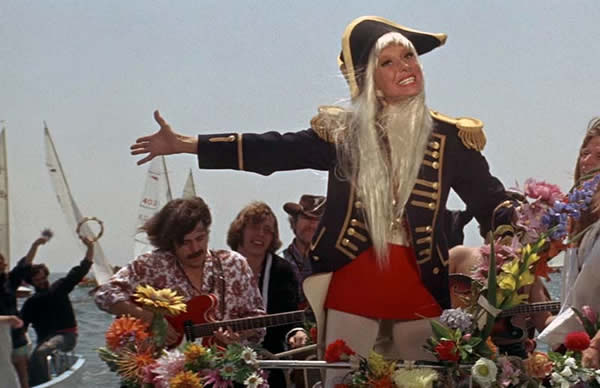