JACQUES DEMY was one of the quieter talents thrown up by the nouvelle vague surge of a decade ago compared with his contemporaries, Godard, Resnais and Truffaut.

A short season of his films at the Electric Cinema Club, Portobello Road, has brought together BAY OF ANGELS, and Demy’s latest film, MODEL SHOP this week.

Demy. a great admirer of Orson Welles (whose films are also the subject of a season currently at the Electric) claims to have seen TOUCH OF EVIL no fewer than 25 times.

BAY OF ANGELS (Le Baie des Angei) is showing next Tuesday at 7 and Wednesday at 7, 9 and 11. The film was made in 1962 and is significant for an inspired performance by Jeanne Moreau as a slightly faded tramp whose thirst for the excitement of gambling controls her life.

MODEL SHOP, showing this Sunday at 5 and 9, on Monday at 7 and Tuesday at 9, is Demy’s first American film and a sequel to the 1960 piece of nouvelle vague, LOLA.

Demv himself said that the film, made last year, might as well have been titled “Lola in Los Angeles.”

And certainly the movie is as much about the place as it is about the fortunes of its heroine (who is now found disillusioned by life and earning her livelihood by posing for so-called photographers in the establishment of the title).

A sad, muted film, this, which has so far only enjoyed second-feature release in Britain. 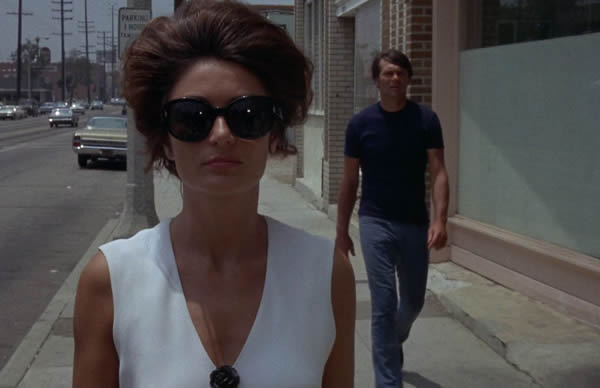