The film producer Stephen Woolley was a regular at the Electric, saying of its programmer, Peter Howden:

“Peter maintained the Electric as one of the few, and possibly only, places where you could see American ‘50s film noir, eccentric European art movies and classic Hitchcock in an intelligent, film-friendly environment that was loved and is still sorely missed by so many cineastes.”

Eight months into the film club’s tenure running the old Imperial Cinema full-time as The Electric, Howden – speaking to the West London local paper the Kensington Post in August 1971 – was realistic about the commercial appeal of the kind of political films The Other Cinema championed.

“We often show films I myself wouldn’t go to see. Most of them are of a political nature. As a matter of fact, they are the worst pullers. I have seen people walk out on even the best political films.”

Here’s the November 1971 programme as a poster in the style of the Scala film club it went on to inspire, which I’ve done mainly because it’s easier to visually navigate than a list of articles or what was on the original programme.

The Electric Film Club site run by the great and good Rob Small is a treasure trove of the club’s original programmes, photographs and other material about one of Britain’s most influential film institutions of the post-War period. Check out the programmes, in particular, with artwork by – among others – Oscar Zarate. The collection mirrors much of what’s in Kensington & Chelsea library’s amazing local archives.

The programme collection isn’t complete, so if you have any of these or any other documents to do with the Electric film club please, please get in touch with Rob, Kensington library or – if you really want to – info at blackmassmovies dot com. It may be an old leaflet gathering dust in a drawer to you, but to historians and researchers it’s gold dust.

Links to articles on blackmassmovies.com… 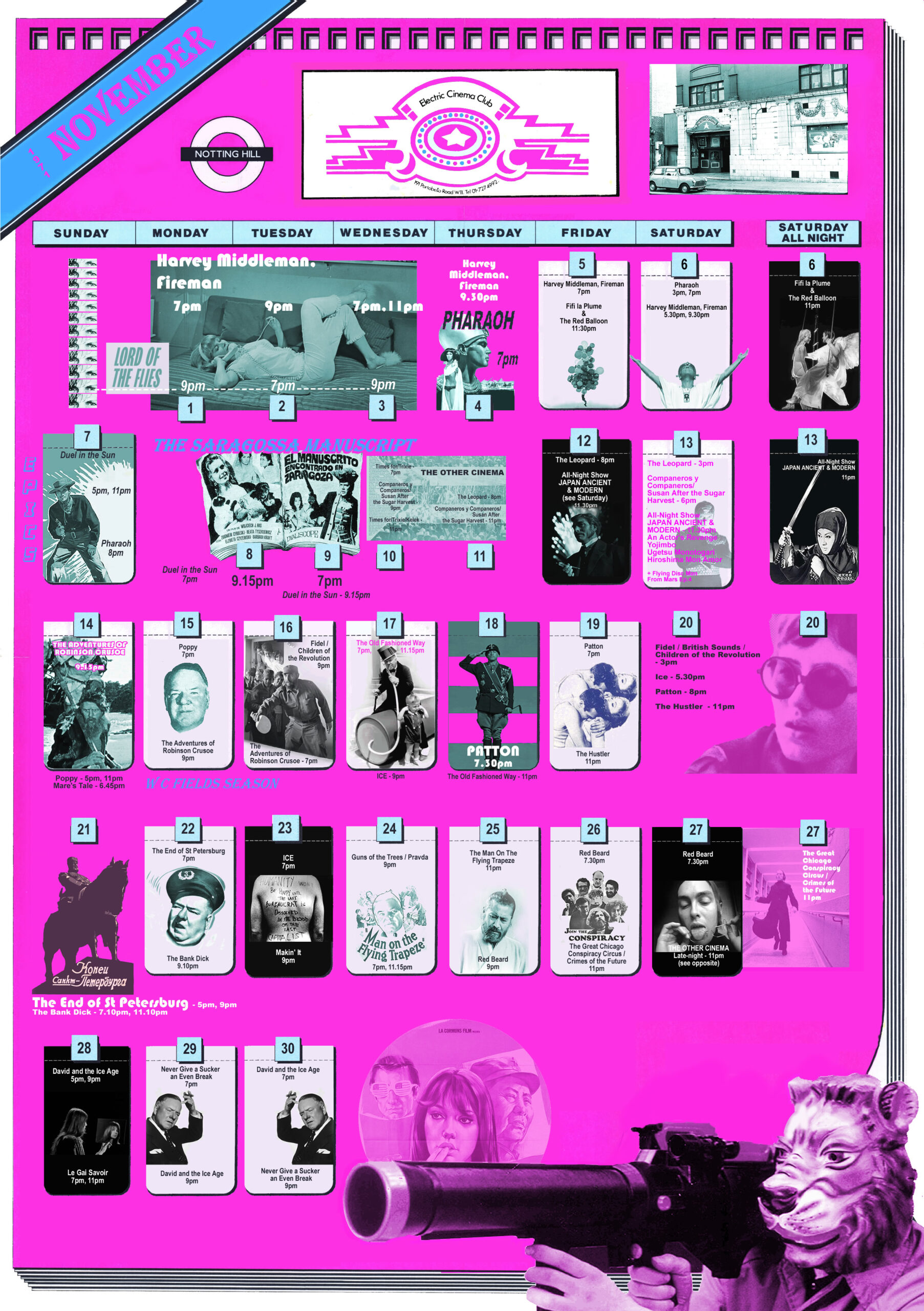